Claudio Bravo, Ederson’s veteran predecessor and City’s previous star goalkeeper, kicks off this edition of Know Your Players – QNET’s weekly series of fun facts on our Cityzens. Want to find out what’s Kyle Walker’s favourite movie? Or when Pauline Bremer scored her first hat trick? Read on to find out.

Here’s a fun fact to start us off — two of our players in today’s list are born in April, and both are Aries. Can you guess which two?

With a professional career spanning 18 years and 4 clubs, Claudio Bravo has earned the respect of many as a veteran footballer. Striker was his position of choice when he was younger. However, after he was asked to play goalie, it became clear where his true talent lay. Claudio Bravo is a player whose leadership you’d definitely want in your team. When it comes to making plays from the goal post, he’s a commanding presence in the field, anticipating shots as quickly as he sets the offence.

If you were to think of truly versatile players in football today, Kyle Walker would surely make the list. Hailing from Sheffield, the defender joined the Blues in 2017. He’s one to watch out for as he’s scored goals and been swapped to play as a goalkeeper as well, proving him to be a solid, all-round footballer. 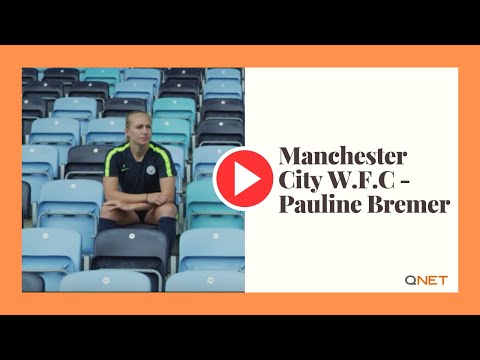 Playing at number 9 in ManCity Women’s Team is German footballer Pauline Bremer. Referred to by many as ‘a star in the making’ in her youth, the 24-year old came back from injury last year, and is now in her best form. A striker who’s tasted glory on the field on many occasions, and is out for more, she won’t be slowing down any time soon.

Stay tuned for next week’s Know Your Players, where we give you fun facts on all of our Manchester City Football Club athletes!