When you see Nicolas Otamendi play, you’ll understand exactly why the best offence often starts with a solid defence. That’s right – it’s that time of the week to Know Your Players, the QNET series that looks at all the fun facts about our favourite Manchester City football players.

In today’s edition, we have three of Manchester City’s best defenders, players who protect their teammates first to give way for a tactical offence in every match. Read on and find out some fun facts on Nicolas Otamendi, Aoife Mannion and Ellie Roebuck! 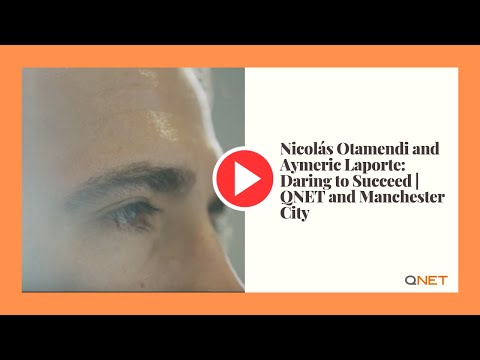 Hailing from Buenos Aires, Nicolas Otamendi is a top defender with a strong presence. Playing centre back at number 30, his style is imposing but not impulsive, prioritising strategy above zeal. Always on the lookout for steal and assist opportunities, the Argentine never makes it easy for the opposing team – and that’s great for us.

Next up is number 26, and one of the goalies in Manchester City’s Women’s Team, Ellie Roebuck. She joined City in 2016 at just 15 years old, transferring from Sheffield United’s Centre of Excellence. A young footballer with high ambitions, she’s on track to becoming a world-class goalkeeper.

Third on our list today is number 2 in our Women’s Team, Aoife Mannion. An accomplished defender who’d previously played for Birmingham City, she joined our Blues in July 2019.