QNET History is on our mind as we slowly approach our 22nd Anniversary! What a milestone! As we reminisce on our journey, we can’t help but gush at the moments that have come to define us. These moments are a testament to the power of our Founders’ dreams and vision for us as a successful direct selling company. Here are some of the unforgettable and extremely important moments in QNET History. This is the year where QNET History begins. On 8 September, Dato Sri Vijay Eswaran, Joseph Bismark and a small group of people took their big dream and made it a reality. They launched a new direct selling company that you know and love as QNET. Today, we can boast of millions of happy and satisfied customers in over 100 countries.

We celebrated our one-year anniversary which was marked with incredible growth at unbelievable speed. Our Founders built an incredibly strong team of people, many of whom are still with us today 22 years later. Can you spot our current CEO Malou Caluza in this picture? Look closely! Y2K went off to a great start, marking the beginning of an era of innovation and rapid growth. We launched the Gandhi Coin and Watch, a tribute to our corporate icon. It was the perfect memento to introduce our partnership with a company so rich in heritage, and renowned the world over – Mayer Mint. This year was special because it was the birth of our annual flagship event – the V-Convention. We created a big gathering session for our QNET family where the magic happens. Little did we know back then that we were creating a legacy that will continue to thrive and inspire tens of thousands of IRs all over the world. In 2002, as our QNET family continued to grow, we got to showcase our passion for sports through the launch of coins exclusively created for the FIFA World Cup. As direct selling and sports share the same core values of leadership, teamwork, resilience and hard work, this project was very close to our heart.  The coins were part of the Korea/Japan Coin Programme.

This was the year we officially forayed into sports sponsorships. It started with the International Badminton Federations’ (IBF) World Championships tournament in 2003. As you can see, our beloved Dato Sri Vijay Eswaran was at the award ceremony, honouring the champs with their medals! In The Sphere Of Silence, written by our very own Dato Sri Vijay Eswaran, continues to be a self-development bible for our staff and IRs. It was launched in 2004, and continues to be relevant even today. 2004 was also the year when we held our very first V-Convention in Dubai! It was an exhilarating family reunion we will not soon forget.

The clarion call of RYTHM, Raise Yourself To Help Mankind, has been our lifeblood from the very beginning. In 2005, we got to make a huge difference through our contribution to the Tsunami Relief Fund in Thailand. The cheque was presented by Dato Sri Vijay Eswaran on behalf of the company. In the same year, Joseph Bismark represented RYTHM Foundation by donating on our behalf to the Red Cross Of Cambodia. 2006 was the year of the ground-breaking innovation for holistic health – Amezcua Bio Disc. It was a grand opening to our health and wellness line.

Feeding off from the amazing demand for Amezcua, we added the revolutionary Amezcua Chi Pendant to our wellness product line-up. In this year, we created a wearable version of our bestselling product.

This was the year in which the QI-Meritus partnership was born, proving how much in common motorsports and direct selling have. In the words of Chief Pathman Senathirajah, “In both instances, it requires performance, focus, passion, a winning attitude, and last but not least, teamwork, to get ahead.” Our partnership with Marussia Racing has, of course, been one for the books. The partnership was announced in a well-attended press conference by our very own Dato Sri Vijay Eswaran and legendary business magnate Sir Richard Branson.

Joining our lineup of world-class products was the HomePure 7-Stage filtration system. The bestselling water filter not only brought safe and clean water to our IRs homes, it also delivered Pi Water for their overall well-being. 2011 was also the year that QNET Founder Dato Sri Vijay Eswaran received a Lifetime Achievement Award at the World Economic Forum in Malaysia. This year, we continued to spread our wings. And how! 2012 marked the grand opening of our office in Dubai, UAE. We held a prestigious ceremony that included QNET Founder Dato Sri Vijay Eswaran, QNET Managing Director JR Mayer, the Chairman of the Middle East and North Africa region Tariq Al Yousefi, and the universally beloved Chief Pathman.

QNET revealed our grand goal of Touching A Billion Hearts in 2013. It was a promise to uphold the values of RYTHM, and help change lives for the better in every community we worked in. We feel so passionately about making a difference that everything we do is inspired by RYTHM.

Who can forget the start of our partnership with the four-time Premier League Champions – Manchester City Football Club! 2014 was the year #QNETCITY was born. We signed on to become their Official Direct Selling Partner and there has been no looking back! 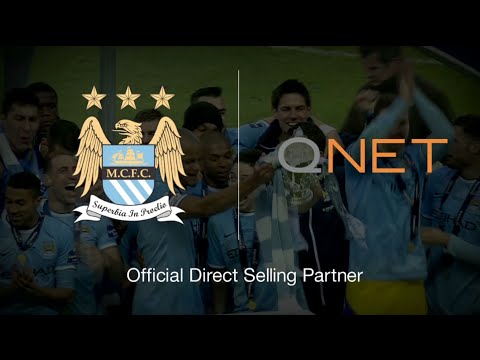 What a year 2015 was. We stood shoulder to shoulder with Bollywood giants including Anil Kapoor and Sanjay Dutt. We were sponsors of the International Indian Film Academy Awards (IIFA) that were held in Malaysia.  This year, we also took our QNET Achievers for a trip of a lifetime to Manchester. It was the first-ever QNET Achievers’ Incentive Trip. We celebrated our incredible partnership with Manchester City Football Club with the launch of the much-coveted Cimier QNETCity limited edition luxury timepieces at the Etihad Stadium in Manchester. We had the opportunity to present it to Manchester City Football Club Manager Pep Guardiola. The icing on the cake was when he wore the watch at several press conferences and matches. This was also the year when QNET Achievers were pampered to an exclusive Blue Carpet experience as part of their Incentive Trip. The highly attended V-Convention was made even more special in 2017 with on-stage testimonials from the inspiring ‘Iron Lady’ of Pakistan Muniba Mazari. Our V-Convention stage was also graced by the brave warriors of the Cancer Patients Aid Association whom QNET has helped through the years. When they were done, there was not a dry eye in the audience.

Vivek Oberoi Electrifies The V-Con Stage For The Second Time

We celebrated 20 years in the direct selling business. That’s TWO WHOLE DECADES of lives that were changed, and entrepreneurs who saw their dreams come true. We marked the occasion with a very special partnership with the Manchester City Women’s Football Club – making us the first-ever sleeve sponsor of the team. As part of our partnership with Manchester City Football Club, the QNET-City Football Language School was born. The RYTHM leaning project flies children from underprivileged backgrounds to Manchester, UK, for a two-week football camp. The camp is hosted on City training grounds and the City Football Academy. The children get to attend training sessions led by expert coaches, and English Language lessons curated by the British Study Centre’s language teachers. The 21st Anniversary Celebrations are hard to forget as we soaked in the achievement with a 15,000 strong crowd made up completely of our QNET Family. We used the opportunity to also make an important announcement. The QNET-Manchester City was officially extended by five years! This means that our partnership will now be 10 years strong! While the Covid-19 pandemic has thrown a wrench in works, we’ve learnt that NOTHING can stop our QNET IRs who have worked harder than ever. On the 22nd QNET Anniversary, we are proud to say that We’ve broken so many records during lockdown all thanks to your hard work, loyalty, love and support. Even though we can’t see each other face to face this year, we will celebrate our achievements anyway through V-Convention Connect 2020.

We can’t wait to see what we’ll achieve in time for our next anniversary. We know that with you, QNET History will always stay interesting, joyful and full of achievement. What are you celebrating this anniversary? What is your favourite milestone in QNET History? Leave us a comment.